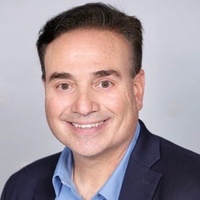 Gene Tannenbaum AIF™, BFA®, began his career 30 years ago in NYC with one of our nation’s largest and most respected investment companies, Dean Witter. As a financial consultant, he partnered with some of the country’s leading financial product manufacturers, bringing principled investment strategies to his clients. Gene knew right out of college that he loved to help people, see people succeed, and knew he could do this within the financial service industry.

In 1992, he joined Prudential, one of America’s largest insurance companies. As an agent, he served individuals and local business owners’ insurance and annuity needs. After one year in that role, Gene was promoted to various leadership roles, where he earned prominent awards within the company and the industry. In 1999, he went to Guardian Insurance in the role of General Agent. The importance of customer service and putting his client’s best interest first grew to become Gene’s signature style and reputation.

As a result of these experiences, Gene learned the importance of bringing independent guidance to as clients and financial advisors he coached; he created his independent wealth management firm – National Wealth Network, in 2005. Since the firm’s inception, he has transposed his extensive firm experiences and personalized them for his current clients and network of advisors.

Today the National Wealth Network team has a network of over 30 advisors through NY, NJ, CT, MA, NH, and FL. In 2022 two of Gene’s sons, Michael and Robert joined the firm; Gene is thrilled to work alongside them and mentor Mike and Rob through their careers in their Poughkeepsie, NY location. Although our network sounds big, our number one priority is our clients, making them feel cared for and part of our family.

Gene earned his bachelor’s degree in Psychology at Brooklyn College. He holds his Series 7, 24, 63 registrations held through LPL Financial, his life, accident & health insurance, and property and casualty licenses. Gene holds the distinguished Accredited Investment Fiduciary, AIF® designation. AIF® designees have been explicitly certified to follow a fiduciary process with their client’s best interests at heart. He has been recognized as an industry leader numerous times and inducted into the prestigious Million Dollar Round Table. Most recently, to help and understand his clients better, he earned the Behavioral Financial Advisor designation, BFA™.

In his personal life, Gene enjoys spending time with his three boys, Michael, Robert, and Brian, and his wife of 29 years, Colleen. Traveling to new adventures is one of Gene’s favorite past times.